Cambodia is a land of religion where most people practice Buddhism and Hinduism. Visiting Cambodia, you will be overwhelmed by the magnificent scenery of the temples and impressed by the harmonious lifestyle of the local people. Here are the 10 best attractions in Siem Reap tour, one of the popular tourist destinations when traveling to Cambodia.

This temple is considered as the largest religious building in the world. Constructed between AS 802 and 1432, this was the biggest city in the world during the medieval age. Unfortunately, this incredible architecture was decayed by the surrounding jungle, what remains today, are just mighty temples. 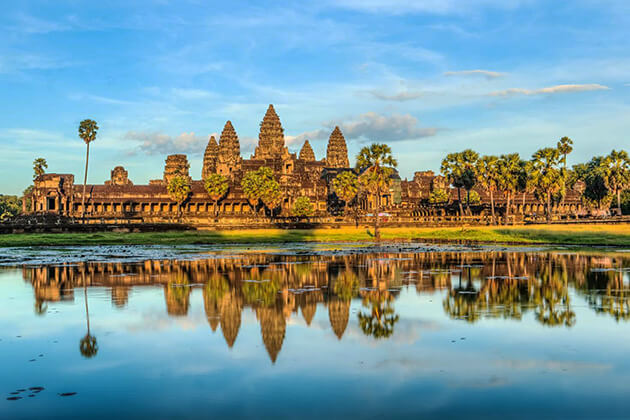 Built-in the late twentieth century to the early thirteenth century by King Jayavarman VII. This attraction is about 1.7km north of Angkor Wat, within which are located several monuments from earlier eras. Angkor Thom is surrounded by a square wall 8m in height and 12km in length. The complex has five monumental gates which are north, west, south, and two in the east wall, respectively. In front of each gate stand giant statues of 54 gods and 54 demons. In the middle of the walled are the city’s most important monument, the Baphuon, the Royal Enclosure, Phimeanakas, and the Terrace of Elephants. 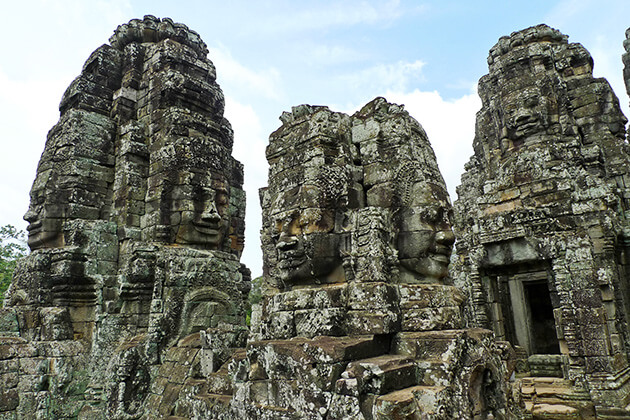 Bayon is a richly decorated Khmer temple built in the late twentieth century or early thirteenth century. Bayon has a multitude of serene and massive stone faces on the many towers. The similarity of the 216 faces made many scholars to the hypothesis that faces are representatives of the king himself. 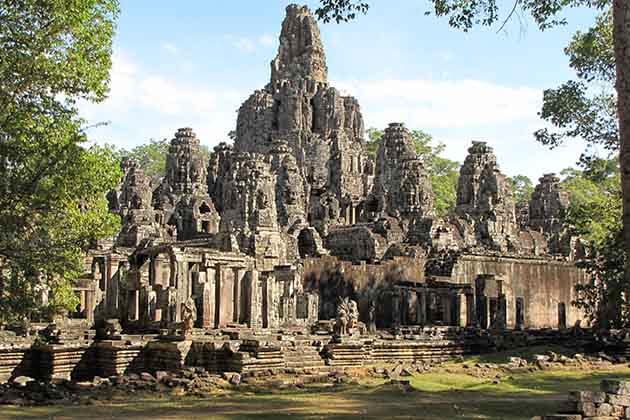 Constructed in 967 A.D, Banteay Srei has early known as Banteay Serai, which means the Citadel of Victory. Its construction is to tribute to a courtier named Yajnavaraha, who was a scholar and philanthropist and a counselor of king Rajendravarman. The temple is built primarily in red sandstone. People often give this temple by the name “precious gem” or the “jewel of Khmer art”. 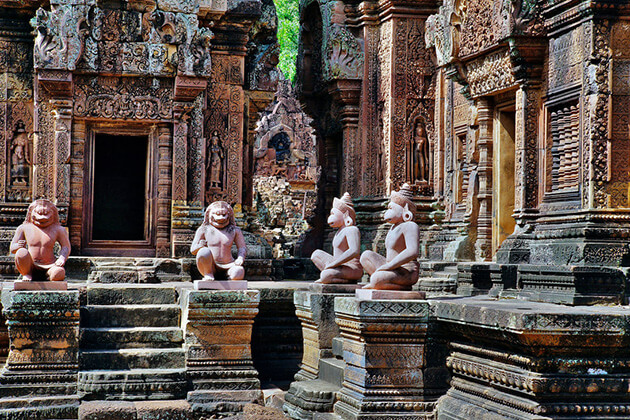 This is known as the largest freshwater lake in Southeast Asia. When the June start, the water level of the Mekong River rises to divert part of it flow off its course to the South China Sea and redirect it into the Tonle Sap. This force the current to reverse direction, by the end of October will observe the great lake increasing its size. This lake represents a people’s identity and income for thousands of Cambodians who live depend on the lake to maintain their life. 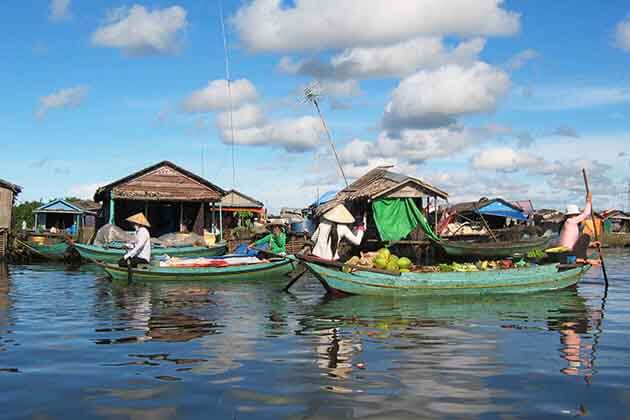 The Kulen Mountain located in Svay Leu District and about 48 km away from Siem Reap. Its peak is 487 meters. This is regarded as the birthplace of the ancient Khmer Empire because, during the constructional period, sandstones were brought from this sacred mountain to Angkor. The attraction is well-known for its carving representing fertility and its waters hold special significance to the people of Cambodia. Over 1000 carvings of Yoni and Liga were found. The water is regarded as holy, meanwhile a stone representative for Hindu god Vishnu lying on his serpent Ananta, with his wife Lakshmi at his feet. Cambodian highly show respect for this sacred mountain. 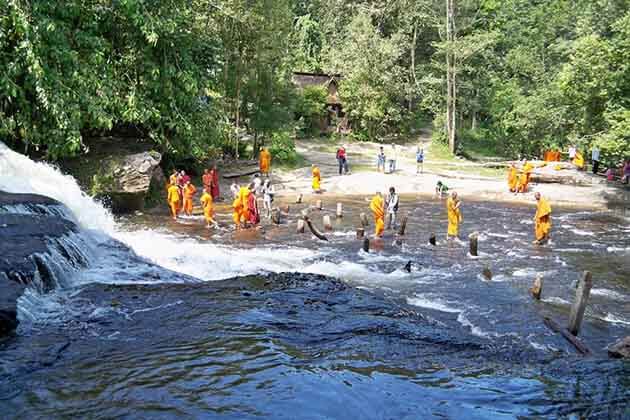 It is located on the way to Banteay Srei Temple, Siem Reap. It was founded by a veteran using his own saving. He used to do the landmine removal work, so he has collected around 5000 removal landmines and weapons to display in the museum. Besides, when coming to this museum, you will see the pictures and hear painful stories about the victims of Cambodia wartime. Every Monday, Tuesday, Thursday, and Friday, from 9:00 to 15:00, there are English, Japanese tour guides to tell tourists more about the history of the Cambodian war. 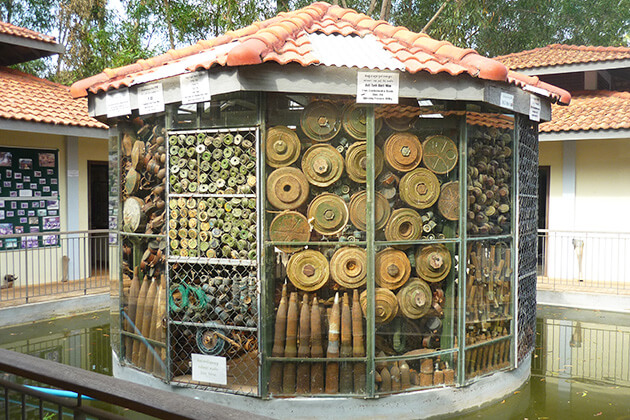 There is a place where the king stays in the garden. This place does not open for visitors but let them watch in a close distance. In front of the palace is a large garden beside the riverside, and the grass looks like a green carpet making a very fresh feeling. In the garden, there are two pagodas Ya Tap Shrine and Preah Ang Chek pagoda. The most attractive activity here is watching thousands of bats hanging on the tree behind the pagoda during the daytime. 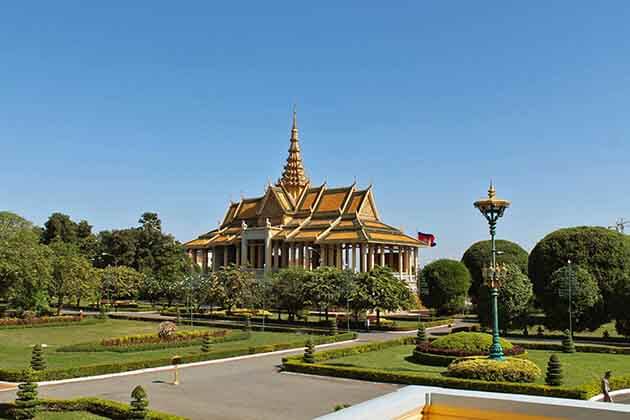 It is situated in Tortea Village, Knoberiel Commune, Siem Reap. The silkworm breeding and silk center has the English, Chinese, Japanese, Korean, Spanish guides to guide visitors to visit the farm. The silk farm is not the only one silk farm, but it is more special here, and the uniqueness is that the entire process uses the traditional manual method to produce, including sericulture, spinning, dyeing, and weaving. The traditional dyeing process uses the natural dye, and the unexpected thing is that one of the elements to produce the black color is the iron nail. There are café and store here, various silk cloth and general cargo are available here. 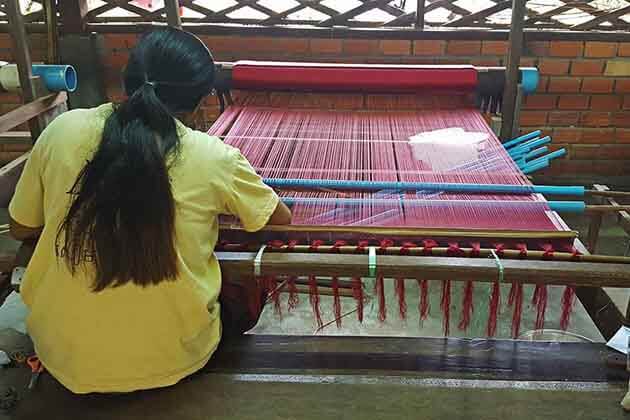 The farm is situated at the Wat Sway Village, Sway Dongkum commune, Siem Reap, opening time from 7:00 to 9:00 with an entrance fee is 3 USD. This farm is operated by the government to raise the crocodiles captured in the Tonle Sap Lake. In the high season, people said that there are nearly 1000 crocodiles on the farm. Later, because of the lack of a financial problem, some of the crocodiles are resold to crocodile skin dealers which lead to the decrease of the crocodile number at the present. There is a place for buying feed like chickens and ducks can be bought to feed the crocodile. 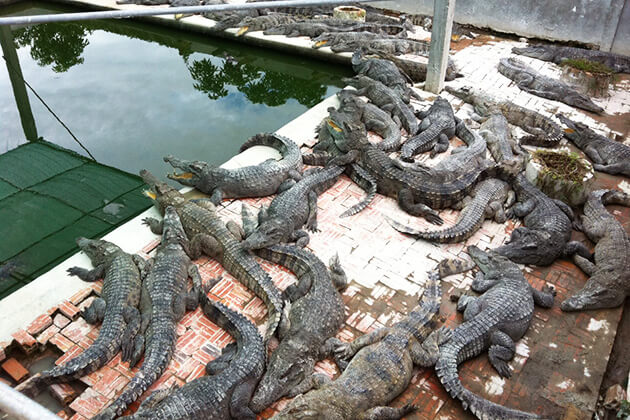