Traveling to Cambodia has always been something that makes me curious. From several hundred-year-old temples with unique architecture or friendly, open-minded people, and furthermore are rich cultural and traditional beauty. If someone asked you what did you really understand this beautiful country? And definitely, the answer is not yet. It was because my love for that country is too big, so, I had found the facts I haven’t known about that country. Let’s go to Cambodia with me to discover these interesting facts!

1. The Cambodian can Eat Anything

Definitely, the Cambodian staple food is rice and fish, however, if you strolling to the Cambodia street, you can see an exotic street food. Some unexpected food is spiders, locusts or fried crickets is displayed on the street. One of the highlights foods for the tourists is the tarantula kebab which always makes a curious with them. Besides, lied in the list, I have to mention that the termite eggs that you can find easily in the market. 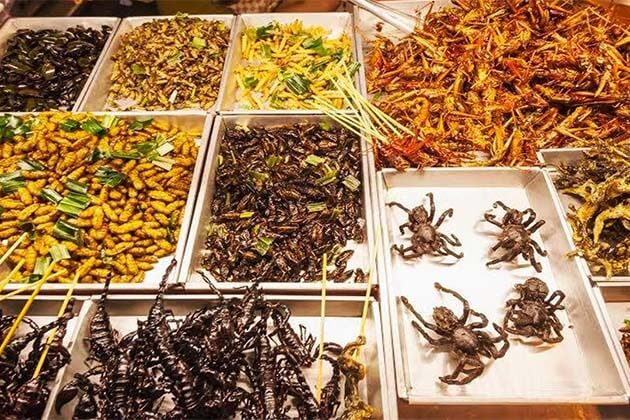 2. The Scars on the Body of the Baby in Cambodia

Recently, Cambodia has to deal with one very interesting phenomenon. There are many newborns are born with huge scars with a striking resemblance to bullet holes. To explain for this phenomenon, Cambodia has said that the babies are the reincarnated victims killed during the Regime. If someone has known about Khmer Rouge, which was one of the more ruthless regimes to ever exits and they would go after entire families. After killing the baby’s parents, then they would kill the child.

3. Cambodia is the only one Country Owning National Flag Features a Building

Nothing to say that Cambodia is unique which is different from others. Cambodia had brought to the heart and soul of their country, Angkor Wat on the flag. Mention to their proud, Angkor Wat listed in the world heritage site was built in the early 12th century and was the biggest religious complex on the planet. That’s the reason why they are always proud of Angkor Wat. 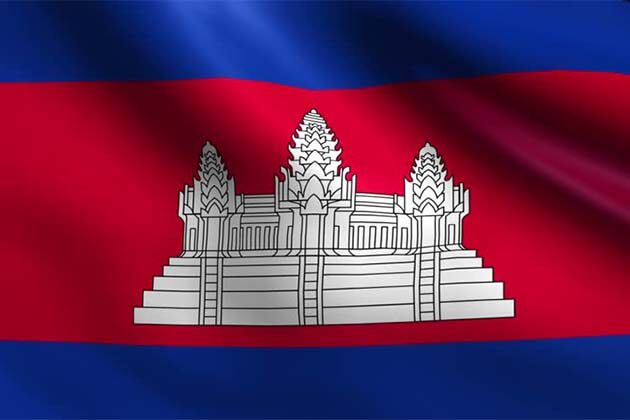 4. 4 Times Changed National Name in the Past 50 Years

They estimated that each of 12.5 years in the past half of a century, Cambodia has been changing its name which the main reason that the changing of the government. After the fall of the monarchy, the Lol Non changed the name to the Khmer Republic, which did the same introducing the Democratic Kampuchea Republic. After their fall, thanks to Vietnam – sponsored government to found the People’s Republic of Cambodia. In the protectorate years up to now, it became the State of Cambodia. In 1993, after the restoration of the monarchy, the country got back its original name: the Kingdom of Cambodia.

5. The Terrible Truth about The Khmer Rouge in Cambodia

Mention to Khmer Rouge, it’s still terrible with many people in Cambodia up to now. The Khmer Rouge killed almost a quarter of Cambodian, between 1.5 million to 1.8 million people. Truthfully, at this time in the past, it can be said this is a dark era of Cambodia when the Khmer Rouge was the ruling party in 4 years. It is also because of this crime, today it has brought painful consequences to the brutally murdered relatives in that war. There were many families, no one was alive or the other who is only their children were lucky to survive. Once again, this is a horrifying tragedy of Cambodia!

6. The Land of a Millon Bikes

Like Cambodia’s neighbor, Vietnam, Cambodia is also the land of Mopeds. Go on the main street of the capital, you will be amazed by many bikes moving. There was research that the city with 1.5 million residents while there are 1.3 million mopeds. In the rush time, there is a little bit unsafe when moving on the street, which is the lack of traffic light and stops signs somewhere. Truthfully, it will make you have a little bit confusing.

7. The Special New Year in April of Cambodia

Like Laos and Thailand, the new year of Cambodia is also very special. Cambodia called by their language “ Choul Chnam Thmey” in the local language- Khmer. Normally, The New year is held on the first day of the first month in New Year. However, the Cambodian held in mid-April each year and marks the end of the traditional harvest season. And this is the biggest celebration of the year in Cambodia. 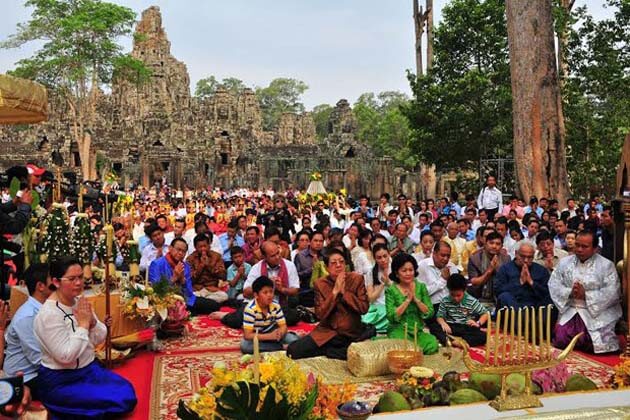 8. Own the Largest Freshwater Lake in Southeast Asia

There is a truth that Cambodia has the only river in the world that flows in two different directions. Depending on the season, each twice a year, Tonle Sap changes its flow directions which are in the monsoon or dry season. Between November and May, the waters of Tonle Sap drain into the Mekong river. But in June, they are flowing in the opposite direction and come back to the lake. It’s weird!
Known as the largest lake in Southeast Asia, the lake provides most of the water for Cambodia’s crop as well as for fishing which Cambodia live on its.

9. Be Careful with Your Gestures in Cambodia

In Cambodia, when you point at some things is considered offensive. Instead of, use your whole palm if you want to show something with them, even if you are in a restaurant in Cambodia. Remember that when you interact with someone, don’t use their left hand, the Cambodian will think that it’s dirty, which your hand had used in the bathroom.
Surely, no one likes when something is pointed by feet. And Cambodia also hates that. That’s why they always sit with their feet covered. And the last one, the head is regarded as the highest part of the body and can not be touched in any case even if how good your intentions are.

10. No Road Rules on the Road in Cambodia

Trapped in a lot of transportation, although on the main road, there are also traffic lights, the people drive their transport which doesn’t follow any rules. The cars, motorbikes, tuk-tuk, which don’t have the priority. The locals said that they also have road rules, it seems that no one respect those. Although driving in the opposite direction is very often in some countries in southeast Asia, lack of traffic lights and the signs make Cambodia become more unique. After all, you should be careful when moving to Cambodia road.
Here are the 10 facts maybe you don’t know about Cambodia which you and I have just discovered. Although it cannot enough for you, partly, it’s useful for you before you go to Cambodia. 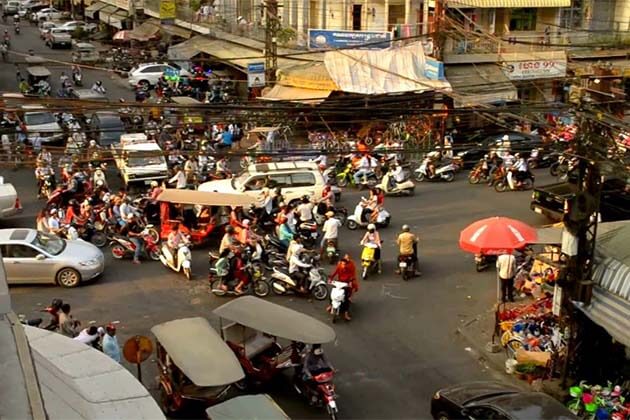