Battambang, the second largest city in Cambodia, where you can be the next stop for you in Cambodia except for Siem Reap, Phnom Penh, and Sihanoukville. Located in the northwestern part of the country, Battambang is outstanding with its ancient beauty, the unique temples, or the entertainment places which make you forget the way back home. Travel to Cambodia, and visit this beautiful city, here are the suggestions for you to explore the interesting things in Battambang! So, Let’s go to Battambang!

Ta Dumbong is regarded as a symbol of Battambang. Located at a roundabout on the eastern end of the city. Ta Dumbong has become a particular attraction in Battambang. So, why does it become the symbol of Battambang? There is a legend that a cowherd seized the throne of the king at that time using a magic stick that he found. Coincidentally, the name of the cowherd is Battambang too. Up to now, the locals still believe in Ta Dumbong as their savior and a symbol of the city. when you come here, don’t forget to pose and take a photo with it. 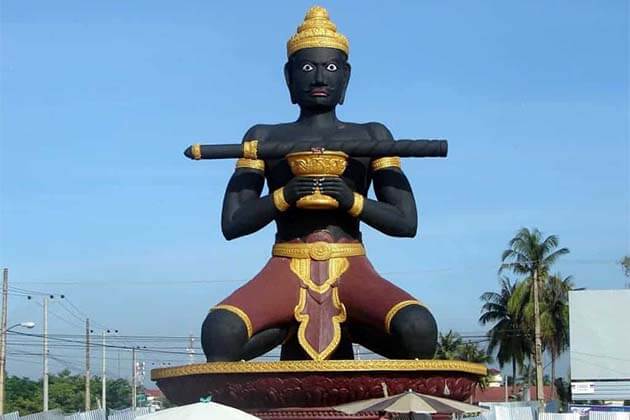 If Angkor Wat is well known at Siem Reap, At Battambang, is famous with Wat Banan temple. the temple is totally unique but not less the ancient beauty. Located on a hill, the temple is regarded as one of the archaeological sites in Battambang. To climb up to the temple, you need to add more energy to climb 358 steps to up to the top of the temple. Despite the looting in the past, the temple is still well preserved up to now. Along with the journey, you also can explore three caves on the way you visit the temples.

Continue to the temples in Battambang, Wat Ek Phnom is the next suggestion for you which own a little ancient mixed to modern beauty which makes it more special than ever. Beyond to 13 kilometers north of Battambang, the structure was built by King Suryavarman I in the 11th century. Wat Ek Phnom with its highlight is carved pediments and lintels. You also can see a gigantic Buddha statue as well as the Bodhi Trees surrounding the modern temple which is truly a sight to behold. At Wat Ek Phnom, here is also popular for celebrations of many Khmers pilgrimage and locals to pray. 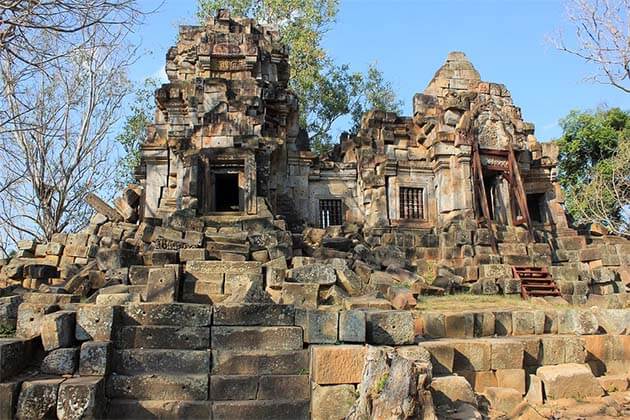 If you are adventurous people, the Battambang Bat Caves is an option for you. At dusk, it’s time for the bats emerging from the caves. Moreover, you will be overwhelmed by the thousands and thousands of flapping creatures taking a fly from all directions creating dazzling patterns in the sky. You will never forget the funny faces of the monkeys begging you to get the fruits. From your standing, soak in the tranquility of the mountain to be directed toward the horizon and hear the stories of Killing Caves and the Sampov mountain. It’s can be said that this is a wonderful experience that combines thrill, fun, and history!

Exactly, one of the most highlights has to remind is Battambang Crocodile farm where your children will scream with delight when they see the crocodile. It’s located along the river bank, north of Battambang, where crocodiles will be best cared for, and suitable for breeding conditions to develop their generation. The best time to visit Battambang Crocodile Farm is in the morning. So, let’s spend your time to drop in there. 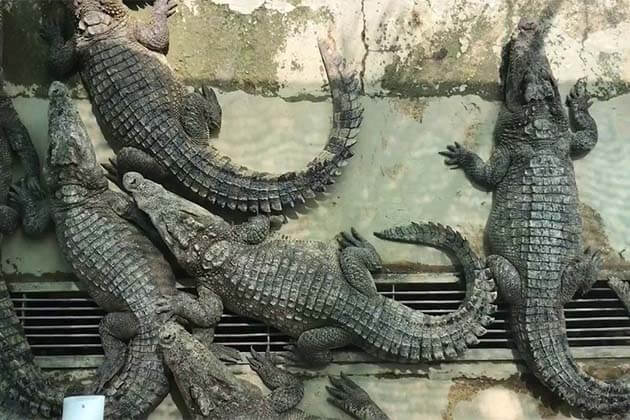 Your vacation in Battambang will be never completed if you miss this place, bamboo train. Surely that this will be the first time for you to hear that the bamboo train. Get ready to have some fun by experiencing a once in a lifetime ride with your family. During your journey on the train, you will pass by some villages and get to see the countryside by taking this train. Because of making from bamboo, so you can be assembled easily, which is very popular in the past and used to transport humans, animals, and goods. But nowadays, it has become a major tourist attraction in Battambang. 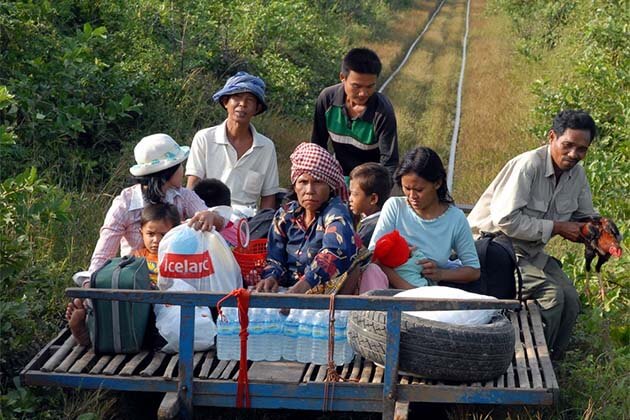 Located in the heart of the city, Darmrey Sor Pagoda is known as the white elephant Pagoda attracting many tourists by its amazing architectural structure. Not only for the adults, but the temple is also the favorite place for kids to see the white elephant statues. This place is also organized the Khmer New Year, and you also take part in the classical dancing performance if your arrival is at that time.

For those who love the history of Cambodia, go Battambang museum to back the past. The museum where you can see the sculptures, sandstone carvings, and most items that have been removed from Cambodia’s various temples. Especially, the pieces seem to be arranged in no particular order with little regard to chronology or origin. However, there’s a little difficult that the staff cannot speak English thought the information is written on the relic, but they are very friendly. Remember that don’t take the photos inside the museum when visiting.

If you have children, head them off to Phare Circus to see the exciting shows which describe the Cambodia culture. The show is companied by music, acrobatics, dance, live art, juggling and more which make the show become better than ever.

After all, here are the best highlights in Battambang you can follow. We have already explored the city of Battambang, get more knowledge about the heritage sites, the culture, and much more. We hope that the suggestions above will make a meaning trip in Battambang as well as in Cambodia.

2 thoughts on “Things to Do and See in Battambang, Cambodia”