The ancient art of shadow puppetry, or sbaek in Khmer, has been performed in Cambodia for thousands of years. Here, we look at its history and where visitors can catch shows. The Shadow Theater has appeared every year in Khmer history. Although during the Khmer Rouge regime, the Shadow Theater was virtually eliminated, with one-third of the population died and the majority of the country’s artists were targeted, the art form has undergone a resurgence in recent decades. Today, there are two types of puppetry, sbek thom, and sbek thoch. Both of these models use leather puppets to represent old stories on a white screen that is lit from behind by burning the coconut shell, creating shadows that the audience can see.

The History of Cambodia Shadow Puppetry

Puppetry is a kind of sacred tradition from the time of Angkor. This is reflected in reliefs from the 7th century Sambor Prei Kuk temple in Kampong Thom, showing the image of the puppetry ceremony. Puppet shows originated in Siem Reap, which took place in rice fields or temples. These performances are reserved for the deities and can only be performed on special occasions (3 or 4 times a year) such as the Khmer New Year celebration, the king’s birthday, or the reverence of the gods, monks, and other important members of the community. 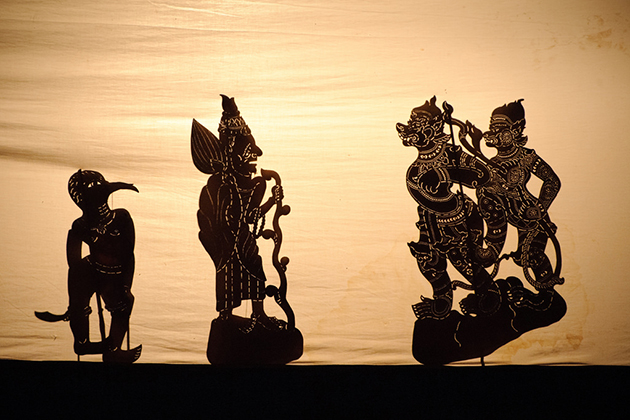 However, after the Khmer Empire collapsed in the early 15th century, the theatrical form was allowed to continue to perform throughout the country for entertainment and was considered an official art form. In 2018, UNESCO recognized Sbekom as an intangible cultural heritage, the most popular form of shadow puppetry, featuring two-meter tall puppets made from large pieces of cowhide to retell parts of the epic Reamker — the Khmer version of the Ramayana, an ancient Indian epic poem.

Today, rituals in every puppet show must be meticulously crafted using hand-carved puppets for use in performances. This engraving process can take up to 20 days. In the process of creating characters for use in the show, artists must wear white, abstain from alcohol, and live a sinless life. The skin used must also come from a cow that died from a natural cause rather than being slaughtered. 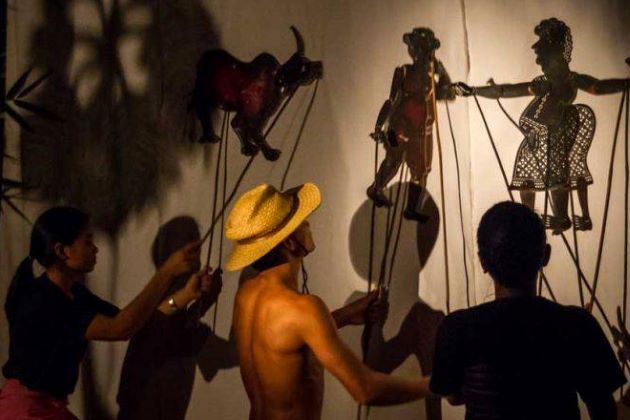 Skin types are dyed from Kandaol bark, with artists painting each image on the tan before cutting them and painting them. Two long bamboo poles are then attached to the performers who can handle them.

The Performances of Cambodia Shadow Puppetry

The show usually takes place in the evening in an outdoor setting to ensure the dark is the best. People used a bamboo pole to build a large white cloth, using a flame to illuminate the fabric to help the shadow puppets appear on the screen during the show. There are a traditional Cambodian orchestra and two storytellers. 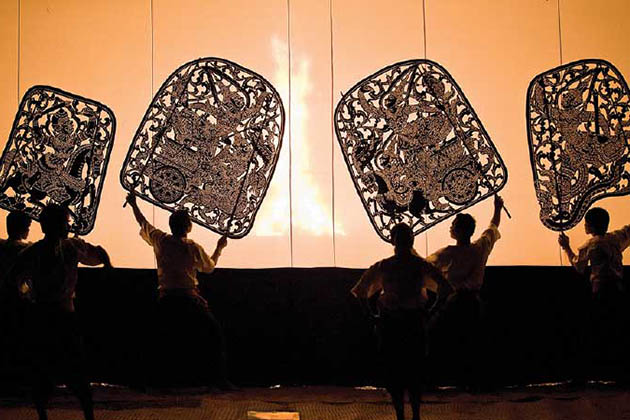 Where to Watch the Cambodia Shadow Puppetry Performances

If you want to enjoy the Cambodian puppet show, Sovannaphum Theater in Phnom Penh is the ideal choice. The theater also organizes workshops introducing and displaying puppetry, giving travelers the opportunity to see how puppets are made. Bambu Stage in Siem Reap hosts its Bambu Puppet show every Monday, Wednesday, Thursday, and Saturday. 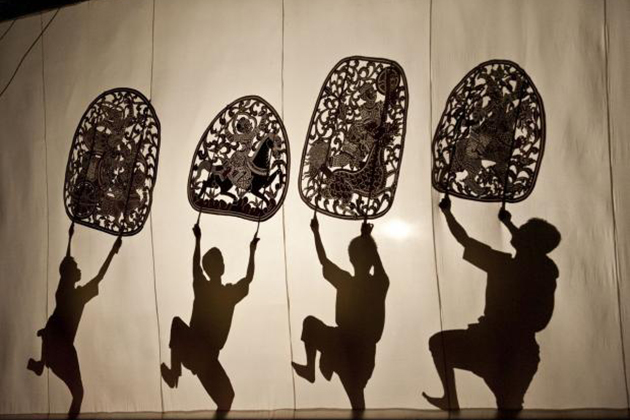 Most of the show is a list in the Cambodia tour packages, and it’s chosen by many clients for your trip. If you want to add the Puppet show to your Cambodia Trip, free to tell us.