Travel anywhere or in any country, what do you care about? Certainly, it’s maybe the famous sightseeing places in that country, the culture, the tradition, people or languages which many tourists interested in. And travel to Cambodia is too, mentioning Cambodia, tourists are not only attracted by traditional cultural beauty but also impressed by this beautiful Cambodian language. Let’s come with us and explore this language together!

In Cambodia, Khmer is known as the main language spoken by Cambodian which takes nearly 90% population of the country. The language is used in government administration, imparting education at all levels, media. Nowadays, modern Khmer is used nationwide and is understood by most of the country’s inhabitants. The language is also influenced by Sanskrit and Pali, characterized by the vocabulary used in administration, and the effect of years of French colonial rule is evident in the language too. 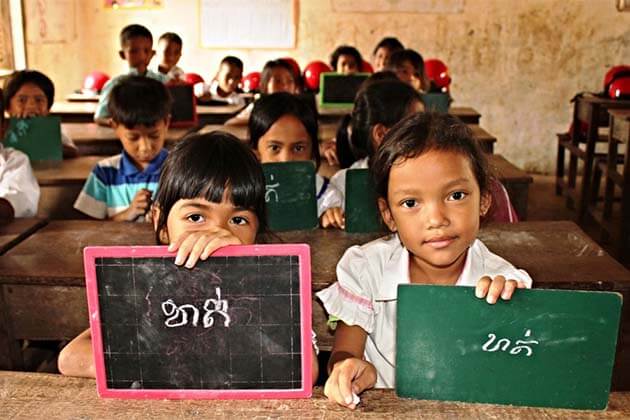 Like other languages, Khmer is written from left to right, top to bottom, and there are no spaces between the words and they also use very little punctuation, so it’s quite confusing when you see the words. In the Khmer language, there are 3 styles of writing: a script type which is used in handing writing, in block form used in books and magazines, and newspaper, and the last one, a rounded style used on signs, titles of books, and magazines and placed on official documents and formal invitations. 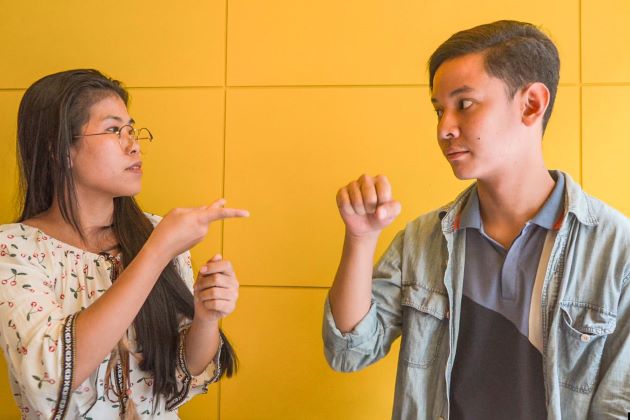 The Cambodia spoken language is not the same as Thailand and Vietnam which has a particular tone. There are also no regional dialects, but people from the countryside do speak a little differently from the people in the cities.

Some Khmer Words in Communication – How to Say Hello in Cambodian 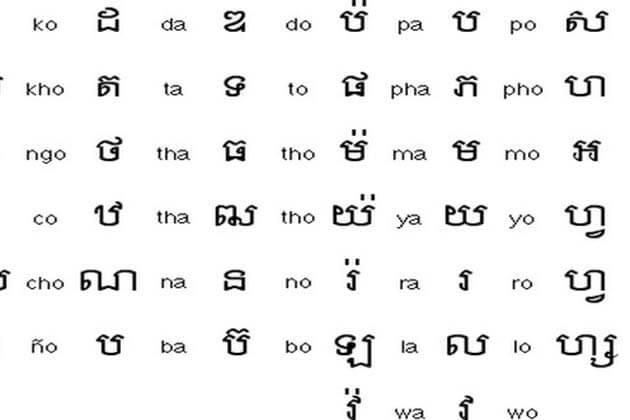 How Many Languages is Spoken in Cambodia?

The French language appeared in Cambodia in the late 1800s when French merchants were exploring Indonesia and Cambodia became incorporated into French Indochina in 1887. After the war, the French has become the official language and continued to be promoted after Cambodian independence in 1953. It was not until the Khmer Rouge came into power in the middle 1970s, French nearly disappeared in Cambodia. Then, it was affected by the war from Vietnam established the People’s Republic of Cambodia, the language continued to gain ground until the current government was founded in 1993 and Cambodian become the official of Cambodia up to now. 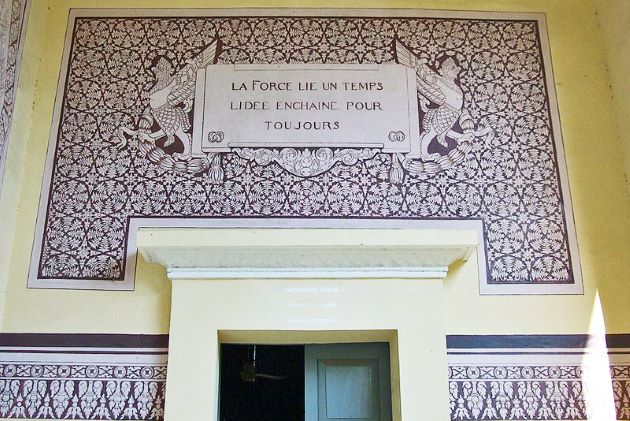 After French, English is also popular in Cambodia which replace French since 1993. When you travel to Cambodia, you can see some street signs in the country are usually bilingual, written in both the Khmer languages as well as English. Even more, some universities in Cambodia have a trend to teach their students by English. It also changes the French by English in Cambodia’s stamps and currency.

Cham is one of the minority languages is spoken in Cambodia, which around 200,000 people, and spoken in some remote areas in Cambodia. Cham belongs to the Austronesian family and spoken more popular during the time of the Champa Empire. Here are some example words in Cambodia Cham: 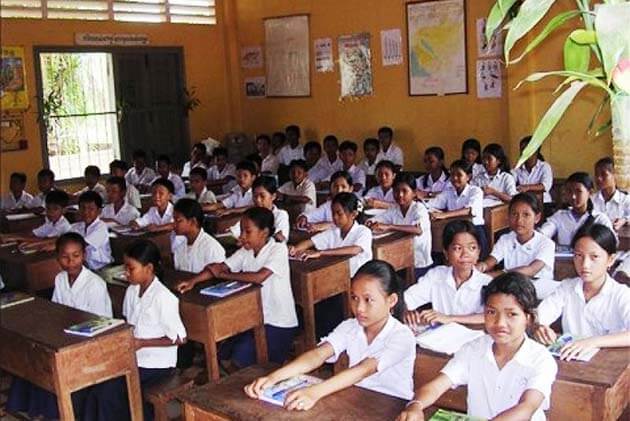 Nowadays, Chong is endangered, there are some people in Cambodia who use this language, around 5000 people, most popular in Purat province.

Because Cambodia has the border adjust with Vietnam, so it’s not strange when Vietnamese become a part of the Cambodia Language. Most of the Language is spoke in some areas near Vietnam, and some areas for Vietnamese immigrants to Cambodia.