Mekong River – the heart of Cambodia has brought this country with an abundant source of water and alluvial soil. As a result, 80% of the Cambodia population follows the traditional living in the countryside which means lives on fishing and farming. Cambodians are the hard-working farmers who usually wake up before the sunrise and come back home after sunset. Like their neighbor Vietnam and Thailand, the main food is wet rice. Rice always appears in their meals. 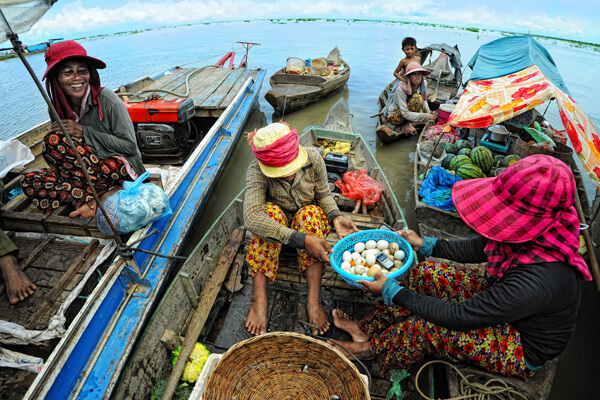 Modern lifestyle has very little impact on the Cambodian living style. In particular, the majority of Cambodians live in the village and their life cycles are attached to the village. All important events from birth – marriage – to death happen in the village, which somehow affects their shy and conservative characteristics. Living close to the village and preferring a conservative ling somehow affect to the Cambodia economy. In Asia areas, Cambodia is one of the poorest countries with an average daily income of about US$1.30 a day. Cambodians are those who have a close connection to their family and often live together in the extended family. It is not hard to see a family with three to five generations. In addition, Cambodian love a big family, so they often give birth to three to five children. Overall, Cambodians, like other Asian countries, families play a very important part in their life. 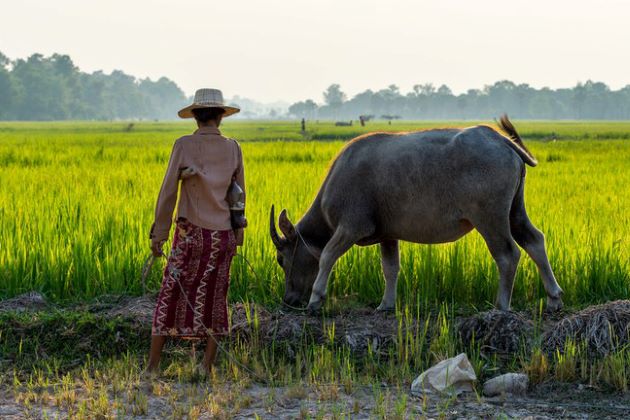 Cambodian is very shy but very hospitable and constantly keep a smile on their face. It is predicted that the smiling tradition is started by the majority of Cambodians are Buddhist followers, so they always keep in mind to be satisfied with their life. Cambodians are extremely calm people. They rarely express any anger on their face or rude behaviors. However, If you insult or do anything that makes them feel embarrassed, they will bear that in mind and hard to forgive. More importantly, Cambodian are those always grateful, they will never forget who helps them in miserable times. Although Cambodians do not like to express their own feeling, they are always obvious about what is right? And what is wrong? In general, Cambodians are those really friendly and welcome to visitors. During your Cambodia local tour, you will have a better understanding of these lovely people and their unique culture. 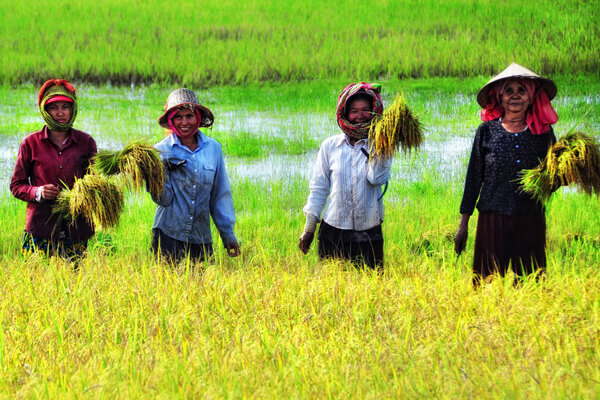 Cambodia traditionally has two types of clothes: Krama and Sampot. Krama, which is a checkered sacred, is mostly used in the daily life of Cambodian because of the convenience of their daily activities. Until now, Cambodian is still loyal to the traditional material to make a drama, which is often cotton or silk. Krama is often worn around the head and neck to avoid the heat from the sun while Cambodians are working in the hot conditions. 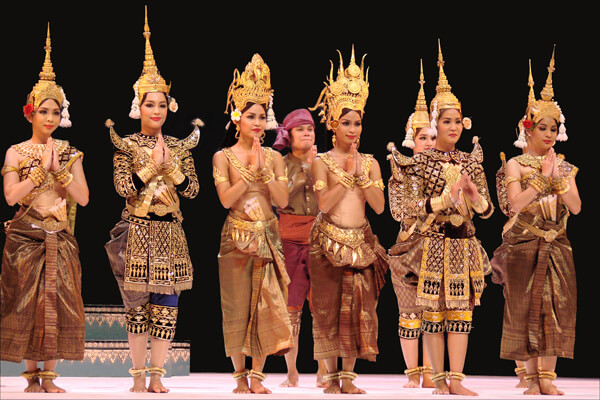 Meanwhile, Sampot is an incredibly glamorous and vivid festival costume of Cambodians. Sampot, which is a long, rectangular cloth, can be draped in many ways. Sampot is mainly made of silk and dyed in five eye-catching colors: red, green, blue, yellow, and black. Sampot is also considered as a way to identify the wearer’s class. The simply designed sampot called sarong is often worn by people of the lower class. In contrast, Sampot Phamuong and Sampot Hol are two luxury sampots that are favorable by the upper class.

Greetings from Cambodians depend on the age and relationship of the people. The traditional greeting is called “Sampeah” when you bow and bring the hands together. Where you join your hands whether, at the level of your chest, chin, nose, eyebrows, or over the head differs depending on who you are greeting. The greater the respect you want to show, the lower the bow and higher the hands. Sampeah is more than a form of greeting as it is also used to express recognition and respect to others. As a result, it is considered impolite not to return a Sampeah. 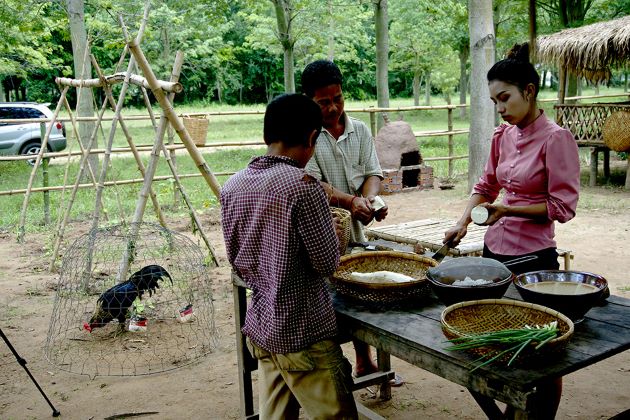 The Faith of Cambodian People

Faith is a timeless existence that has stayed the same for centuries in Cambodia. Buddhism is an important part of the lives of many older Cambodians as it helps them overcome the nightmare named Khmer Rouge. Most Cambodian houses have a small shrine for family members to pray for luck and pay their respect. Temples and pagodas in Cambodia are also flocked with faithful Buddhists every time there’s an important event taking place.

Cambodians love to gather and spend a lot of money planning for important festivals. Moreover, as they cherish the idea of a big and loving family, whenever one family holds an important event such as a wedding or a house-warming party, there will be hundreds of guests arrive, ready to share their joy.